“To keep the body in good health is a duty, for otherwise we shall not be able to trim the lamp of wisdom, and keep our mind strong and clear. Water surrounds the Lotus flower, but does not wet its petals.”
—Buddha

The Early History of Using Natural Botanicals
In late medieval times, the world was filled with mystical images. “As above, so below,” was a Hermetic principle which expressed the relationship between all that is large and infinite (macrocosm or universe-level), all the way down to the smallest and finite (microcosm, or sub-sub-atomic).  In the twelfth century, Hildegard von Bingen (1098-1179) authored, The Book of Subtleties of the Diverse Nature of Things. She studied plants, trees, animals, birds, and human behavior and compiled her finding in this treatise on the natural world, the therapeutic powers of natural substances, and the doctrine of plant signatures. Hildegard’s views stemmed from the Greek four-element theory, a concept which is based on fire, air, water, and earth. As with other medical practitioners of her time, Hildegard believed that illness stemmed from an imbalance in the humors and elements. She believed that prescribing the 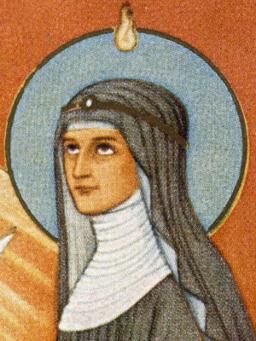 appropriate plant or natural substance would correct the imbalance and was the ideal way to restore health.

Then, almost four centuries later, Philippus Aureolus Theophrastus Bombastus von Hohenheim (1493-1541), the most famous advocate of signature plants (which takes into consideration the particular type of flower, where it grew, its color, scent, and its use for healing) arrived on the scene. This Swiss citizen, who later adopted the Latin name Paracelsus, published the literary work titled, Doctrine of Signatures. During the first half of the sixteenth century, Paracelsus travelled throughout Europe, Asia, and to Egypt, curing people with his natural remedies. He regularly experimented with new plants and always searched for natural treatments and solutions. Paracelsus stated, “That which is looked upon by one generation as the apex of human knowledge is often considered an absurdity by the next, and that which is regarded as a superstition in one century may form the basis of science for the following one.”
These theories and doctrines are found in mainstream medical texts far into the nineteenth century.

Other Early Proponents
Giambattista della Porta was also a strong proponent of the theory of the doctrine of signatures. He was probably born in Naples shortly before the death of Paracelsus. His family surrounded themselves with distinguished men of the time and entertained prominent philosophers, mathematicians, poets, and musicians. He eventually wrote a book about human physiognomy, which incorporated the idea that the inner qualities and the healing power of herbs might also be revealed by external signs. This led to his famous work, Phytognomonica, which was first published in Naples in 1588. Both Paracelsus and Porta did not like the use of foreign drugs introduced to the body. They felt that the country where a disease arises can also host natural remedies as a means to overcome it. This idea is one which constantly recurs throughout the herbal remedy books of that time.

Jakob Böhme (1575-1624) was a shoemaker from Görlitz, Germany, who claimed to have had a profound mystical vision as a young man, in which he saw the relationship between God and man revealed in all things. His writings and artwork were influenced and inspired by Paracelsus, the Kabbala, alchemy and the Hermetic tradition. He wrote, Signatura Rerum (1621), which was translated into English and named, The Signature of All Things. This spiritual doctrine was applied to the medicinal uses of plants.

Additional examples of this early doctrine come from the seventeenth century botanist and herbalist, William Coles (1626-1662), author of, The Art of Simpling and Adam in Eden.   Nicholas Culpeper (1616–1654), an early herbalist, described in his book, Complete Herbal, the medical use of Foxglove—the botanical precursor to digitalis—for treating heart conditions. He also spoke about the doctrine of signatures as common knowledge and its influence in modern herbal lore.

Michel Foucault (1926-1984) was a French historian and philosopher who expressed a wider usage of the doctrine of signatures in his book, The Order of Things. In it he writes: “Up to the end of the sixteenth century, resemblance played a constructive role in the knowledge of Western culture. It was resemblance that largely guided interpretation of texts. It was the resemblance that organized the play of symbols, made possible knowledge of things visible and invisible, and controlled the art of representing them.”

Worldwide Flower Essences
Going beyond geographic boundaries our innate relationship with nature spans cultures: from the Aboriginal tribes of Australia, to the early settlers of the African plains; from the ancient Egyptians, who perfected the art of aromatherapy, to the thriving Ayurvedic culture in India; from early natural healing practices throughout Asia and South America, to the North American Native Peoples’ integration of nature and spirit.

“The Bush Essences themselves have a tremendously important role to play. They are powerful catalysts for helping people heal themselves.  These essences allow people to turn inward and understand their own life plan, their own life purpose and direction. They also give people the courage and confidence to follow that plan.”
—Ian White (founder, Australian Bush Essences)

The Significance of Bach Flower Essences
The art and science of using Flower Essences, as a complementary therapy, seemed to have simply receded into the background of medical usage, until Dr. Bach (1886-1936), a British physician, brought it back from obscurity. Dr. Bach observed thirty-two different plants and discovered that their flowers had specific 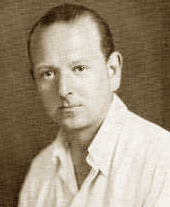 characteristics that correlated to similar emotional states. He also found, like the early explorers that the dew on the flowers become impregnated with the plant’s subtle and energetic healing properties. To reestablish what nature had revealed to him, Dr. Bach created a way to transfer this energetic dew by immersing the morning dew-laden, freshly picked flowers in spring water and exposing them to sunlight.

“I believe a leaf of grass is no less than the journey-work of the stars.”
—Walt Whitman

The Power of Positivity
Flower Essences use vibrational imprinting of its essence to help bring balance and recognition of the innate happiness and inner harmony that is our natural state. They can help us to break free from the ongoing loop of day-to-day emotional challenges.

It has been recognized that a strong vibration influences a weaker one; a negative thought can be more powerful than a positive one, but the opposite is just as true. Since Flower Essences are living, positive vibrations, they initiate a condition that can elevate us in a positive way, like an inspiring message or peaceful presence, which moves us and uplifts our spirit. Then, like a mirror, we reflect the presence that we are exposed to.

A good example of the power of positivity is in the experiments of Dr. Masaru Emoto of Japan, who captured, “expressions of water.” Dr. Emoto discovered that crystals formed in frozen water revealed changes when specific, concentrated thoughts are directed toward them. He found that water from clear springs that had been exposed to loving words revealed brilliant, complex, and colorful snowflake patterns. In contrast, polluted water, or water exposed to negative thoughts, form incomplete, asymmetrical patterns with dull colors. The implication of this research created a spectacular awareness of how we can positively impact not only the earth but our personal health and well-being.

The History of Aromatherapy
Aromatherapy is utilizing naturally extracted aromatic essences from plants and is released into a carrier base, which can be an oil or cream. It’s the art and science of stimulating the olfactory nerves to balance and harmonize body, mind, and spirit.

The French perfumer and chemist, Rene-Maurice Gattefosse coined the term “aromatherapie,” as far back as 1937. In his book, Gattefosse’s Aromatherapy it contains very early clinical findings for using essential oils for a full range of issues. He coined the word Aromatherapy to distinguish it from their perfumery applications.

Another word for aromatherapy is “attar,” which is Persian/Arabic and means, “fragrance, scent, or essence.” Attars have been used in the Near East, Persia, and India for over 5,000 years and are known as primary or foundation scents. Archaeological digs in ancient India have revealed round copper stills that were used for making attars; these stills are called degs. Following the seasons of the flowers, traditional attar-makers, with their degs, traveled all over India to make attars on the spot.

Indian attars and aromatherapeutic extracts use a variety of extracting techniques to capture the pure oil of plants. Beginning with ancient healers throughout the world, these fragrant oils were and continue to be used to enhance mood, adjust emotions, and uplift the soul. They are used to treat the whole person: physically, emotionally, and spiritually.

Using aromatherapy in conjunction with flower essences is a great marriage. They blend and work together in a perfect synergy. 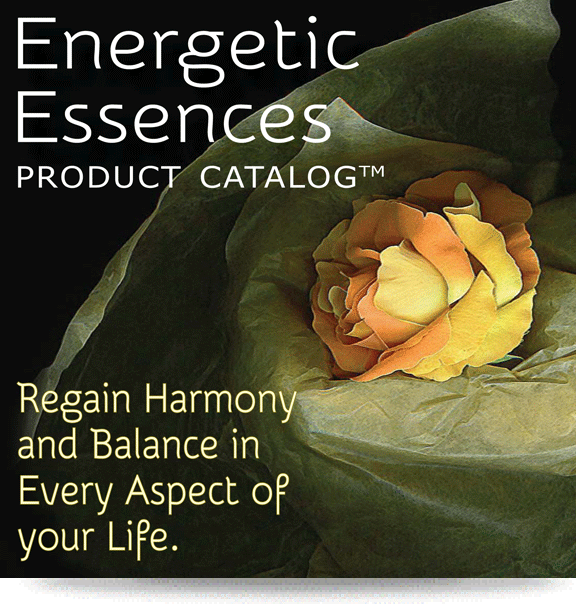 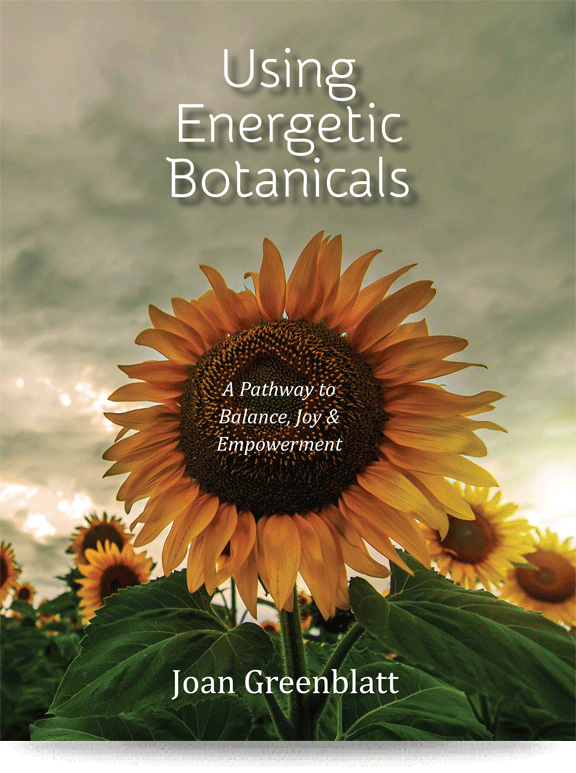 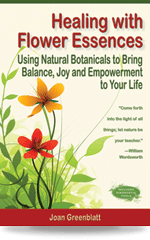